All Collections
Content Personalization
What Happens if I Have Overlapping Rules? (Priority Groups)

What Happens if I Have Overlapping Rules? (Priority Groups)

Written by Shachar Haring
Updated over a week ago 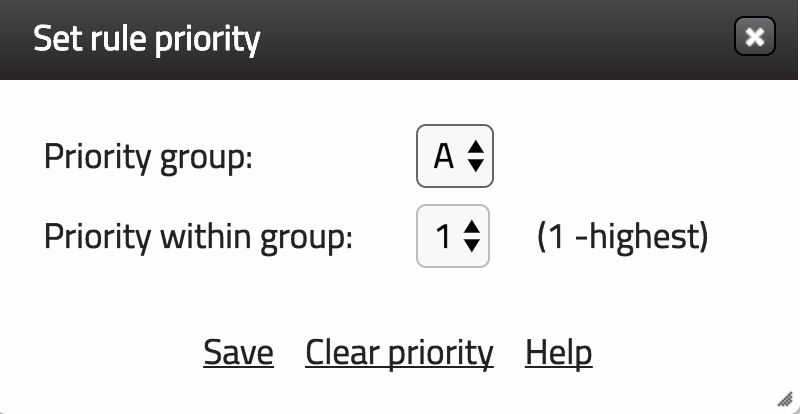 Here you can assign a “Priority Group” (letters) and “Priority within Group” (numbers).

In situations where several rules could be applied, the rule with the lowest number (highest priority) within a Priority Group will be executed and the other rules in that same priority group will be dropped.

However rules belonging to other priority groups may still be evaluated and executed.

Therefore you should place all mutually exclusive rules in the same groups.

While rules that may be able to execute in the same situation, should be placed in different Priority Groups.

For example with the following rules:

If A1 is executed then the other "A" rules will be dropped, however B1 may still be executed (if it is a match).

Let's say that you have a welcome banner that can apply to everybody but you want to show a special banner for visitors who come from your country (example: Australia).

You can set a default banner and give it a priority of A2 and a special banner with a priority A1 set to be seen from visitors coming from your country.

Did this answer your question?